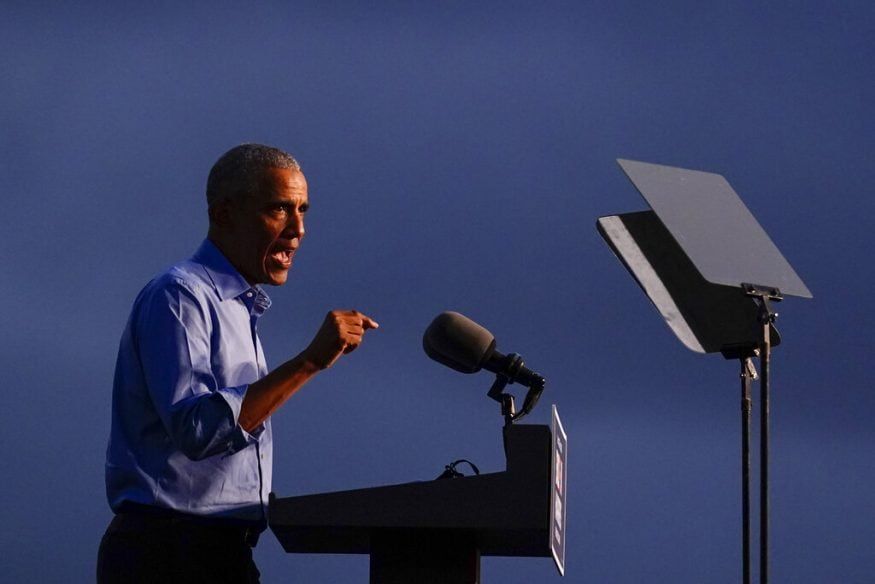 At an early age, Narendra Modi helped his father to sell tea to support their family. Today, he is the leader of the world’s largest democracy.

His life story—from poverty to Prime Minister—reflects the dynamism and potential of India’s rise,” Obama had said.

The former US President had said Modi was determined to help more Indians follow in his path.

Adding that “like India”, he transcended the ancient and the modern, calling the PM a devotee of yoga who connected with Indian citizens on Twitter and imagined a “digital India.”

In his latest Obama book, he has said that Congress leader Rahul Gandhi has a “nervous, unformed quality” about him like a student eager to impress the teacher but lacking aptitude and passion to “master the subject.”

The New York Times reviewed Obama’s memoir ‘A Promised Land’, in which among other issues, the first Black American President has talked about political leaders from around the world.

Gandhi’s mother and Congress president Sonia Gandhi also appears to find mention in the memoir. The NYT review said in the memoir “we are told of the handsomeness of men like Charlie Crist and Rahm Emanuel, but not the beauty of women, except for one or two instances, as in the case of Sonia Gandhi.”

Former US Secretary of Defence Bob Gates and former Indian prime minister Manmohan Singh both come across as having a kind of impassive integrity, the review states.

Both national political parties members in Indian given different reviews in Obama statement in their book relating to Rahul Gandhi.

Congress member said Obama is the Bhakt of PM Modi that’s why he wrote against Rahul Gandhi.