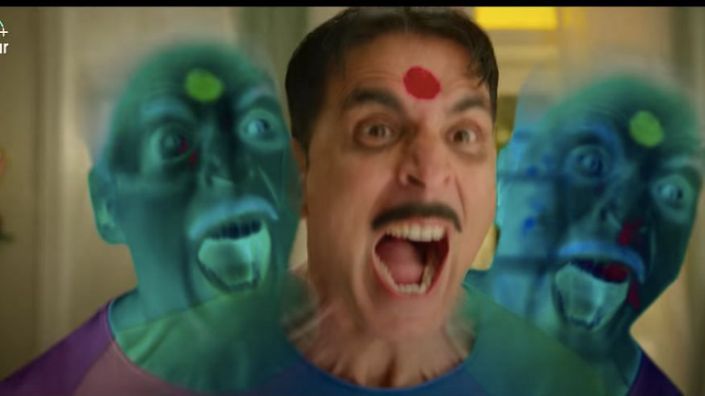 Reasons Why Watching Laxmi Made Me Scream ‘WHY!’

Best Reasons Why Watching Laxmi:- In an otherwise dreadful year, what has helped us cling to some semblance of sanity is art. Locked in our homes, books, films and TV shows have offered a comfort like no other.

Can that be said of Bollywood though? True, owing to the extensive lockdown, a number of filmmakers have held on to their works, waiting for an opportune moment to show them to the world. But barring a handful, the ones that have premiered on digital platforms haven’t been too kind to us.

Sadak 2 tightly held on to the spot of being the worst film of the year, but trust Akshay Kumar to give serious competition.

In fact, his latest horror-comedy Laxmi, a ‘faithful’ remake of a bad enough film Kanchana, ticks all the wrong boxes – it is boisterous, unfunny, dumb, and cringeworthy.

There’s actually some dignity in being categorized under ‘so bad it’s good’ movies. But I’ll give you some reasons why Laxmii hangs limp, stripped of basic decency.

“The day I spot a ghost I will start wearing bangles” – Raghava Lawrence must have really put in a lot of effort and thought to come up with this line because we hear this being proclaimed with a smirk at least twice by none other than Akshay Kumar aka Asif.

That leaves us wondering – it is 2020 and still we don’t shy away from equating bangles with femininity and weakness. And it’s not just Akshay who is adding to the stereotypes that shrieking and crying are only reserved for women.

Towards the end of the film, Asif’s wife Priya (played by Kiara Advani) coaxes him to wear a ‘tabeez’ while telling him to treat it as a bangle that he had promised to wear! Well, if that’s not a sign of true love.

How Do Women Confront Men? DRUNK!

Asif’s mother-in-law Ratna (Ayesha Raza) is a meek woman who has bowed to her husband Sachin’s (Rajesh Sharma) rage and severed all ties with their daughter for marrying a Muslim guy.

They have taken offense to religion but do not bat an eyelid when it comes to the age difference between Priya and Asif. In an attempt to reconcile the duo with the family, Ratna invites them over to Daman for her 25th anniversary.

Of course, Sachin fumes seeing Asif but this time Ratna has decided to speak up. And how does she show Sachin his place? By drinking herself silly.

Asif is horrified to discover that his mum-in-law has been drinking for a long time. Of late, we have come across a number of shows and films which subscribe to the warped notion that a woman has to drink, smoke, and a curse to show that she is strong and liberated enough.

Remember Four More Shots Please? All the ‘successful’ ladies had to do there was throw on expensive clothes and declare how progressive they are by downing glasses of alcohol.

The opening credits of Laxmii feature a song wherein Akshay is seen beating ghouls and vampires in a dhobi ghat. If the costumes and makeup aren’t scarring enough, there suddenly appear a bunch of bikini-clad women ready to break a leg with Kumar. Fast forward to the end credits, but I am yet to figure out how instrumental those women were in driving the narrative.

Yet another headache-inducing song is ‘Burj Khalifa’, which abounds in questionable steps and phrases such as ‘hot manners.’ And, hold your breath, the song actually starts with Akshay telling Kiara, “You can’t believe all the things I can buy for you”. That’s it. That IS the line.

Both the tracks take generous liberties to objectify women and are just examples of mindless, lazy writing.