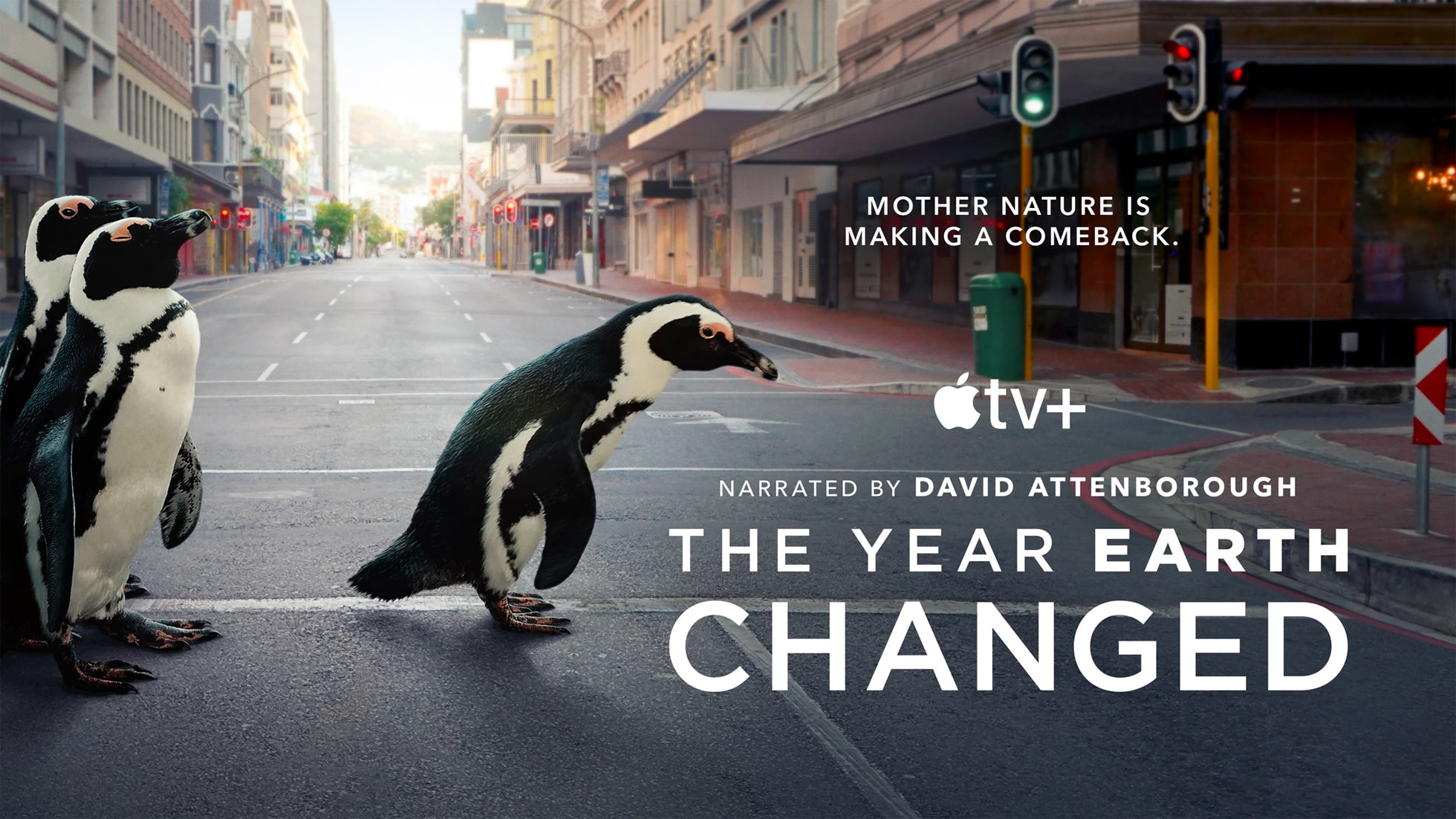 Apple TV+ is home to award-winning Apple Originals from today’s most imaginative storytellers. Apple TV+ offers premium, compelling drama and comedy series, feature films, groundbreaking documentaries, and kids and family entertainment, and is available to watch across all your favourite screens.

After its launch on November 1, 2019, Apple TV+ became the first all-original streaming service to launch around the world, and has premiered more original hits and received more award recognitions faster than any other streaming service.

Apple TV+ is available on the Apple TV app in over 100 countries and regions, on over 1 billion screens, including iPhone, iPad, Apple TV, iPod touch, Mac, select Samsung, LG, Sony, and VIZIO smart TVs, Amazon Fire TV and Roku devices, Chromecast with Google TV, PlayStation and Xbox consoles, and at tv.apple.com, for INR99 per month with a seven-day free trial.

customers who purchase a new iPhone, iPad, Apple TV, Mac, or iPod touch can enjoy one year of Apple TV+ for free. This special offer is good for three months after the first activation of the eligible device.

In celebration of Earth Day 2021, Apple TV+ will debut “The Year Earth Changed,” an original documentary special narrated by Emmy and BAFTA Award-winning broadcaster David Attenborough along with the second seasons of the documentary series “Tiny World” and “Earth At Night In Color.”

Set to premiere globally in more than 100 countries on April 16, 2021, each of these groundbreaking originals will captivate and inspire viewers to herald Earth Day, the world’s largest annual environmental movement.

“During this most difficult year, many people have reappraised the value and beauty of the natural world and taken great comfort from it,” said Attenborough.

But the lockdown also created a unique experiment that has thrown light on the impact we have on the natural world. The stories of how wildlife responded have shown that making even small changes to what we do can make a big difference.

Showcasing exclusive footage from around the world after an unprecedented year, “The Year Earth Changed” is a timely documentary special that takes a fresh new approach to the global lockdown and the uplifting stories that have come out of it.

From hearing birdsong in deserted cities to witnessing whales communicating in new ways to encountering capybaras in South American suburbs, people all over the world have had the chance to engage with nature like never before.

The documentary, narrated by David Attenborough, is a love letter to planet Earth, highlighting the ways nature bouncing back can give us hope for the future. “The Year Earth Changed” is produced by BBC Studios Natural History Unit, directed by Tom Beard, and executive produced by Mike Gunton and Alice Keens-Soper.

Returning for season two, “Tiny World,” narrated and executive produced by Paul Rudd (“Ant-Man”), grants viewers a unique perspective into the natural world, illuminating the ingenuity and resilience of the planet’s smallest creatures.

With over 200 species filmed and 3,160 hours of footage, the six-episode docuseries shares surprising stories and spectacular cinematography that spotlight small creatures and the extraordinary things they do to survive.

“Tiny World” and “Earth At Night In Color” will be featured in a special Earth Day room on Apple TV+, showcasing a curated collection of content that embraces the theme of preserving the planet. Also included are the Cinema for Peace International Green Film Award-winning movie “The Elephant Queen” and “Here We Are: Notes for Living on Planet Earth,” which debuted last year on the 50th anniversary of Earth Day.

The animated short film, based on the best-selling children’s book by Oliver Jeffers, is narrated by Meryl Streep. Jacob Tremblay stars as a precocious 7-year-old who, on the eve of Earth Day, learns about the wonders of the planet from his parents (Chris O’Dowd, Ruth Negga) and a mysterious exhibit at the aptly named Museum of Everything.