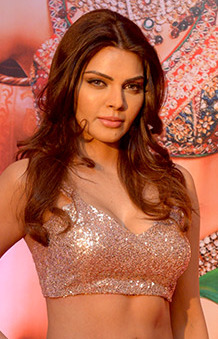 Now Raj Kundra’s case takes a new turnaround. Sherlyn Chopra Accuses Raj Kundra of Sexual Assault: ‘He Kissed Me Even Though I Resisted’. Now few questions are running through everyone’s mind, Who is Sherlyn Chopra, and why she is in news today?

Sherlyn Chopra is an Indian Actress and model who worked in Hindi films. In July 2012, Chopra became the first Indian woman to pose nude for Playboy magazine. She was then selected to host the sixth season of the show MTV Splitsvilla.

She also participated in the TV reality show big boss in 2009.

She was born in Hyderabad India to a Christian father and a Muslim mother. Her father was a doctor. She attended Stanley girls school and saint ann’s College for women in Secunderabad. In 1999 she was crowned Miss Andhra.

Why Sherlyn Chopra in News Today

She Accuses Raj Kundra of Sexual Assault: ‘He Kissed Me Even Though I Resisted’. Mumbai Crime Branch’s Property Cell had summoned Sherlyn Chopra to appear before them on July 27 to record her statement in connection to the pornography case involving Raj Kundra, who is currently in 14-day judicial custody.

According to Etimes, Sherlyn had issued an FIR against Kundra in April 2021 of sexual assault. In her complaint, She’s alleged that in early 2019, Raj Kundra had called her business manager with the idea of “The Sherlyn Chopra App”, saying that the content she would upload on social media was free but she could monetize it via a customized app.

The actress further alleged that post their meeting on March 27, 2019, Kundra showed up “unannounced” at her place, owing to a heated argument over a text.

The actress alleged that Raj began “kissing” her even though she “resisted”. Sherlyn claimed that Raj allegedly told her that his relationship with his wife, actress Shilpa Shetty, was “complicated” and he was “stressed most of the time.”

Sherlyn alleged that she asked him to stop as she was “scared”. She eventually managed to push him and rushed into the washroom, the complaint stated.