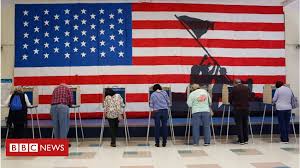 The presidential race between Joe Biden and Donald Trump has tightened after this week’s Republican National Convention, according to a new Yahoo News-YouGov poll, with Biden’s lead shrinking to 6 points — his smallest margin in nearly two months.

The convention appears to have boosted perceptions of Trump’s “strength” and convinced a small number of former Biden supporters to move toward the president. But the unrest in Kenosha, Wis., following the police shooting of Jacob Blake, a major talking point at the RNC, has not had a clear impact on voters’ choices — at least not yet.

The poll taken at the end of July showed Biden with a lead of a little less than 9 percentage points. In the new survey, those same registered voters give Biden an edge of just over 6 points (47 percent to 41 percent).

That shift — about two and a half percent overall — is the result of roughly 1 percent of registered voters switching from Biden to Trump and a smaller number who previously said they would not vote now saying they will vote for Trump.

The new Yahoo News-YouGov poll shows that nearly every voter in America has made up his or her mind, with 96 percent Biden and Trump supporters now saying they have decided how they will vote — up 2 percent from when the same voters were surveyed in late July. Only 8 percent remain undecided. There was no change in Congressional voting intention over the same period: 49 percent of registered voters say they will vote Democratic and 38 percent say they will vote Republican.