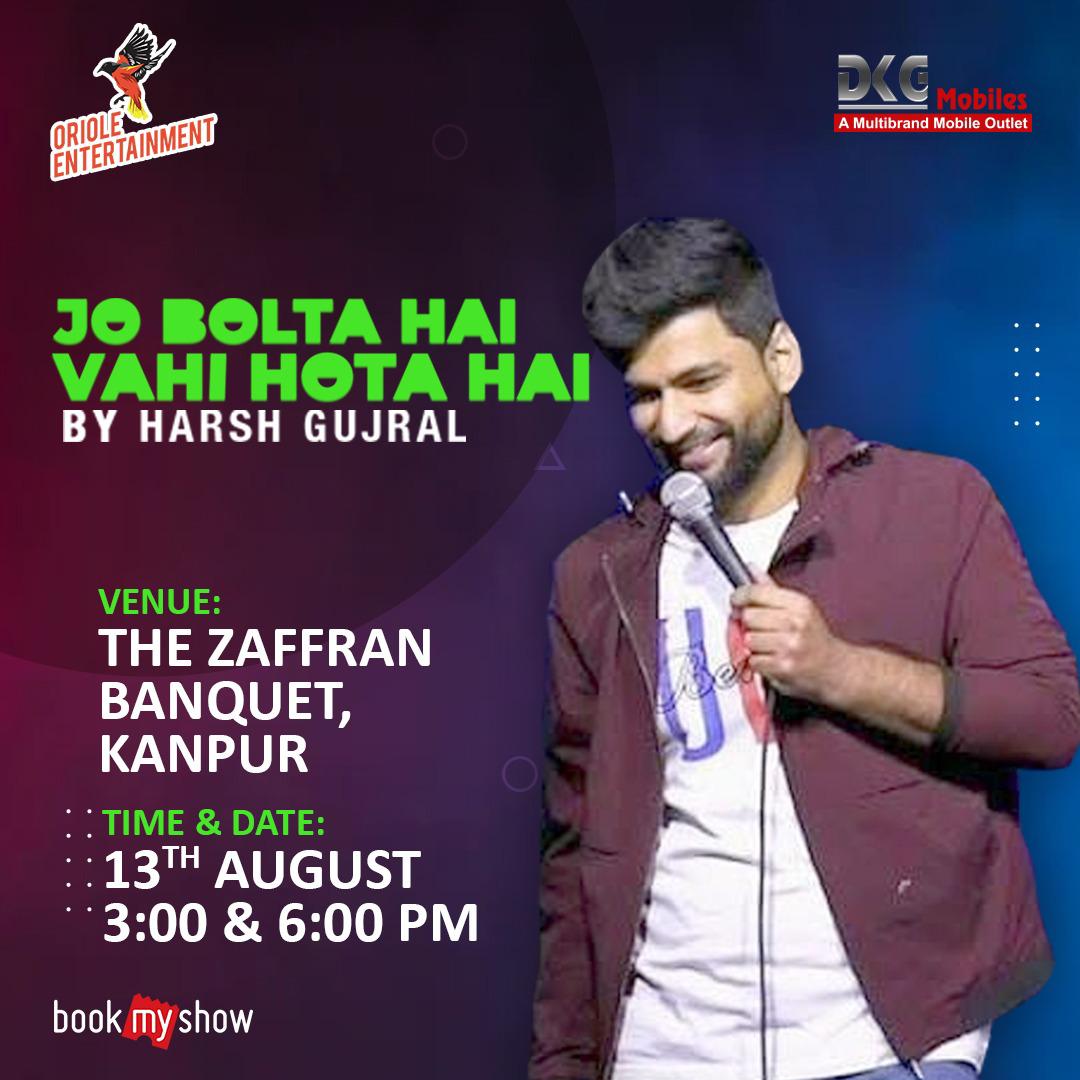 It is also known to have assisted the debut shows of various newcomers in the comedy scene. Oriole Entertainment has collaborated and hosted shows of big names like Anubhav Singh Bassi, Gaurav Gupta, Gaurav Kapoor, Nishant Suri and Rajat Chauhan in the comedy industry of India.

The focus of Oriole Entertainment has always been to bring together an environment that lets the artist perform freely and the audience enjoy and absorb it comfortably. Oriole has always managed to work equally hard on all shows that it hosts.

The company has hosted comedy and entertainment shows in more than fifty cities of the country.

Now the entertainment and comedy producer Oriole Entertainment is coming up with and hosting Harsh Gujral’s new stand-up comedy show in the city of Kanpur (and hometown to Harsh) – Jo Bolta Hai Wahi Hota Hai.

Harsh Gujral is a very popular stand up comic whose shows have garnered a lot of positive reviews from the public. To the audience, he is an extremely skilled comedian who can very effortlessly make everyday life struggles and seemingly random events seem funny.

Harsh brings with himself a vibe of infectious fun on the stage and his fans absolutely love that about him. Harsh Gujral’s YouTube channel has also engaged people wonderfully and literally all videos on it have views in millions.

Harsh Gujral’s show Jo Bolta Hai Wahi Hota Hai will be held on the 13th of August at the Zaffran Banquet in Kanpur. The timings are 3:00 PM and 6:00 PM.

You should hurry up and book your tickets at BookMyShow NOW!